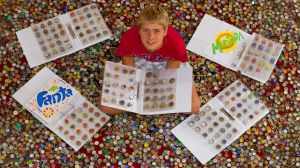 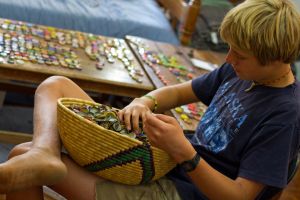 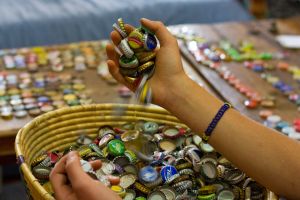 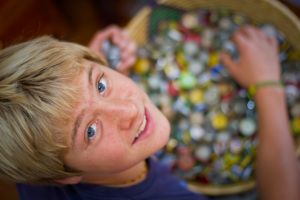 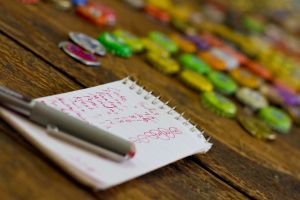 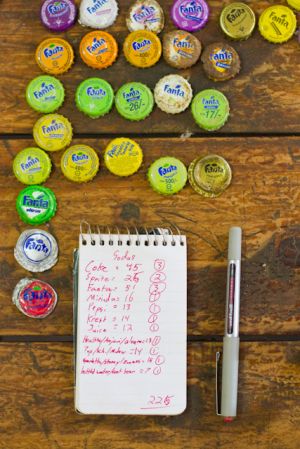 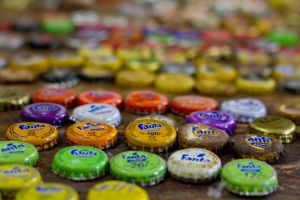 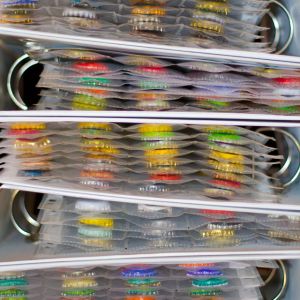 No two bottle caps are the same in this collection.  The differences between them may be subtle, but there are no duplicates.  Five hundred and sixty-four is the most recent count.  Fifty-one Fanta’s.  Forty-five Coca-Cola’s.  Dozens of caps he’s only ever found one of.  Most of them are from here in Tanzania, where he started inquisitively digging caps out of the ground outside of restaurants and sports bars 8 years ago.  Now he has caps from Kenya, Uganda, Ethiopia, Congo, America, Mexico, the UK, Israel, the Seychelles, and Trinidad and Tobogo.  All of them are now organized and sealed away in the five binders that comprise Leighton Kent Russell’s Bottle Cap Collection.

I had the joy of being with my brother as he went through his entire collection.  He loves all of his bottle caps, and he assigns not only value to them, but personality too.  One of his favorite bottle caps has a tiger on it.  “Oh!  I love this bottle cap!” he explained, and then preceded to tell me how rare it is and how he obtained it: namely, buying it off of another bottle cap collecting friend of his.  They all know the currency: a few Coca-Cola Enjoys and a handmade necklace with the rare Eagle bottle cap as its pendant seemed like a fair trade to the friend Leighton bought the Tiger off of.  Now the Tiger sits in a specially sealed page in the back of Leighton’s collection.

Finalizing the collection has been a fun sibling project.  Sianna helped seal the caps in their individual sleeves and also did the beautiful artwork on the title pages.

This entry was posted in Uncategorized.